Could a law to bring down the mob be used in Weinstein case? 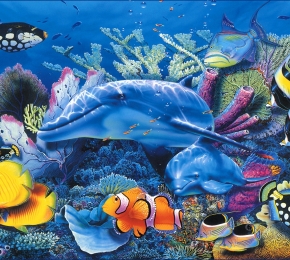 Lawyers for six actresses who say they were sexually assaulted by the movie producer filed a lawsuit Wednesday in New York arguing that Weinstein was, essentially, a racketeer who used a legion of assistants, casting agents, security firms, gossip writers and others to supply himself with a steady stream of unwilling sexual partners and silence their complaints.

Their anti-racketeering suit was filed in a civil court, but it prompted discussions about whether prosecutors could make a similar criminal case.

FILE – In this March 2, 2014 file photo, movie mogul Harvey Weinstein arrives at the Oscars at the Dolby Theatre in Los Angeles. Two recent lawsuits have made the unorthodox legal argument that Harvey Weinstein’s pursuit of young women, and his attempts to quiet sexual assault accusations, effectively amounted to organized crime. (Photo by Jordan Strauss/Invision/AP, File)

Maybe, said G. Robert Blakey, a professor emeritus at the University of Notre Dame law school who helped write the Racketeer Influenced and Corrupt Organizations Act. But it wouldn’t be easy.

“It would take imagination and intestinal fortitude,” he said. “Prosecutors have been singularly lacking in both when it comes to women making complaints of sexual assault against powerful men.”

The law was drafted to bring down organized crime but it isn’t limited to it, Blakey said. It has been used by prosecutors used to go after rule-breaking Wall Street firms and corrupt government contractors. Federal prosecutors are currently using it to battle alleged bribery in global soccer in a trial ongoing in Brooklyn.

But a criminal anti-racketeering case also has many hurdles, Blakey said. Federal prosecutors would have to prove that a criminal enterprise existed, it affected interstate commerce and the defendant was associated with and engaged in racketeering. It would also have to be brought within five years of the conspiracy ending, he said. The racketeering statute is a federal law, though some states, like New York and California, have similar state laws.

The women suing Weinstein in civil court say the “Weinstein Sexual Enterprise” consisted of a long list of people who either enabled Weinstein’s assaults or covered them up.

Their claims were based partly on reporting by The New York Times and the New Yorker, both of which published exposes saying that Weinstein took extraordinary steps to conceal complaints, including hiring security firms to investigate reporters working on possible stories and working with other media to discredit women who might come forward.

“The goal of the (anti-racketeering) claim is to ensure not only do we get the head of the enterprise, but also those around him who enabled his conduct, whether they tampered with witnesses or destroyed evidence after the fact, or even delivered the women to him,” said Beth Fegan, the lead lawyer on the civil suit.

Weinstein’s attorneys, Blair Berk and Ben Brafman, said in a statement that all the allegations of sexual assault against him are false.

“Mr. Weinstein has never at any time committed an act of sexual assault, and it is wrong and irresponsible to conflate claims of impolitic behavior or consensual sexual contact later regretted, with an untrue claim of criminal conduct. There is a wide canyon between mere allegation and truth, and we are confident that any sober calculation of the facts will prove no legal wrongdoing occurred. Nonetheless, to those offended by Mr. Weinstein’s behavior, he remains deeply apologetic.”

They said he never used company resources at Miramax or The Weinstein Company for personal expenses, including the payment of any legal settlements. Weinstein, though a spokesman, has also denied the allegations that he sought damaging information on the actresses.

At least 75 women have accused Weinstein of unwanted come-ons, groping and outright rape. He’s under criminal investigation in Los Angeles, London, Beverly Hills and in New York. No federal officials have said they are investigating him. As of yet, no criminal charges have been brought. Some of the allegations involve encounters with women many years ago, outside the statute of limitations.

“Law enforcement is having a tough enough of a time making out a simple sexual assault case against Weinstein; the idea that they could pull off a RICO indictment is pretty far out there,” said Jeffrey Lichtman, a defense attorney who defended John “Junior” Gotti, son of the infamous “Teflon Don” or “Dapper Don,” John Gotti.

“Prosecutors are concerned about one thing, getting a conviction and putting a bad guy away, and they attempt to do so in the simplest and straightforward manner possible due to the high beyond a reasonable doubt standard,” he wrote in an email.

On the other hand, a prosecutor could investigate the allegations in the civil complaint in an effort to seek broader accountability for complacency, said Julie O’Sullivan, a former federal prosecutor who teaches white collar criminal law at Georgetown Law.

“Assuming these allegations are true, if I were a prosecutor, I’d be asking: “Do I want to just go after him? Or do I think the larger criminal wrong involves a lot of people who facilitated this criminal conduct?” she asked.